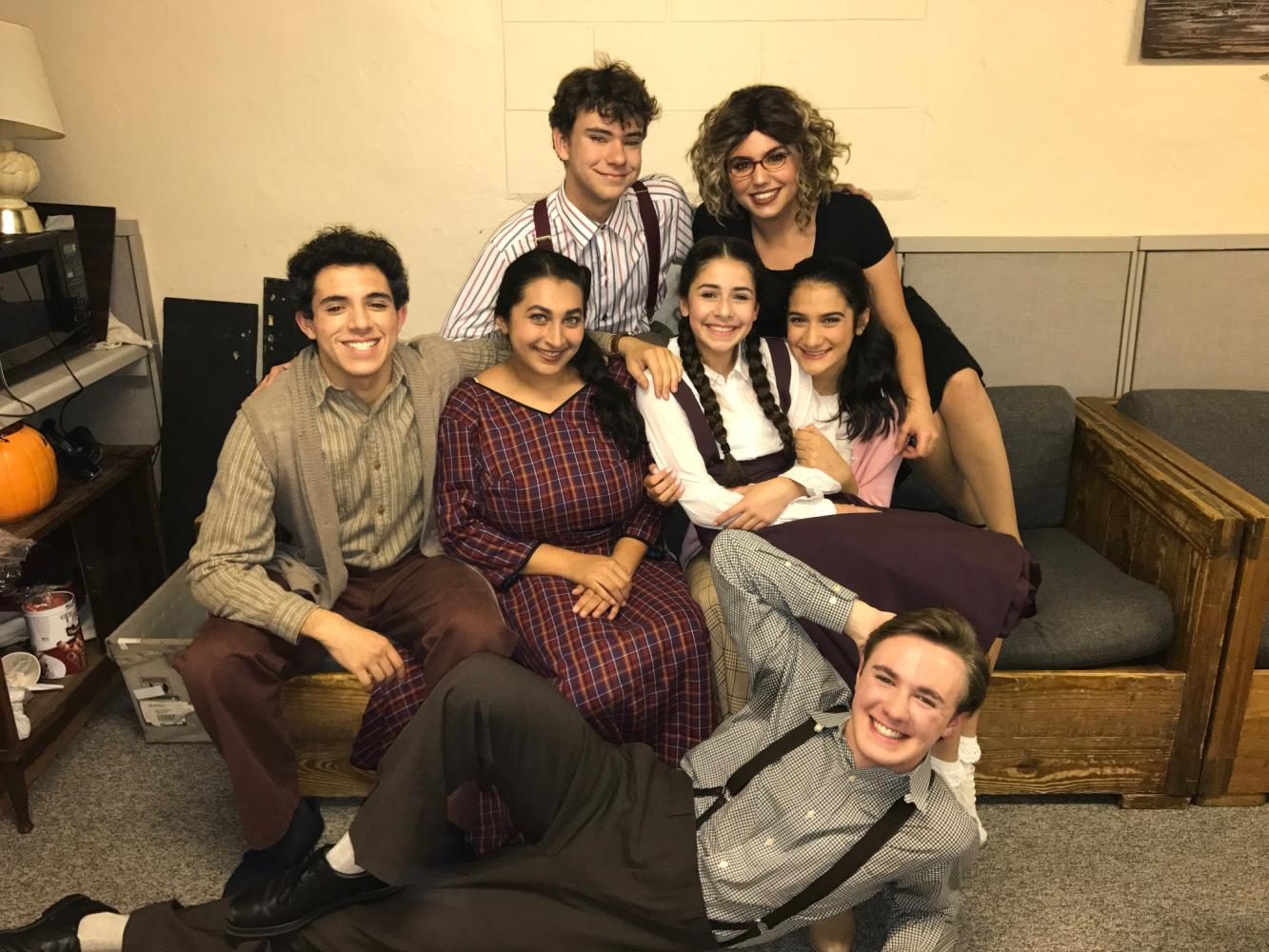 On May 12 and 13, Peddie Theater presented Brighton Beach Memoirs at the William Mount-Burke Theater.

Brighton Beach Memoirs is one of three partially autobiographical plays written by Neil Simon  The play, narrated from the perspective of Eugene Jerome, played by Scott Higgins ’18, a teenager growing up in New York in 1937, tells the tale of a family as they grow together in the face of the oncoming war, economic hardship, and emotional strain.

In the words of Elizabeth Sherman, Director of Theater, “…it’s a story about a family and the dynamics of that family; it’s a coming of age story… about a young man… discovering himself and his sexuality and… his role in his family…the universal aspects of that are, I think what makes the play… resonate with audiences.”

The plot took place almost entirely inside a New York house, and, fittingly, the stage was commanded by the structure, which was a cross section of the living space including four “rooms” and a turf strip for a yard. The set crew numbered twenty-one, and they spent countless hours to build, stencil, and hand-paint the set.

This term’s play had a comparatively small cast, with seven actors and four members of the production team. “It’s the smallest cast I’ve ever worked on … we have [a] group of eleven, [including] me, twelve, together every day, so [it’s] this nice close-knit team of people, and we have had a really joyful experience together, from the performance standpoint.” Julia Patella ’20 raved. Patella also noted the cast dynamic.“The entire cast really fits. It’s a show about family, and I think we … feel like a family, we’re just so close, and it… made the whole process a lot more enjoyable.”

Despite its small size, the cast consisted of students from a variety of different grades and experience levels, with every class represented. One of the actors, Michael Coiro ’17 had never acted before, but says he is glad he had the experience before graduating. “This is…my first [play], so it’s been really difficult but also really fun. I give a ton of credit to any actor who does this all the time; it’s really tiring, but it’s also so rewarding… it’s been … a lot more fun than I expected, also a lot more hard work than I expected.”