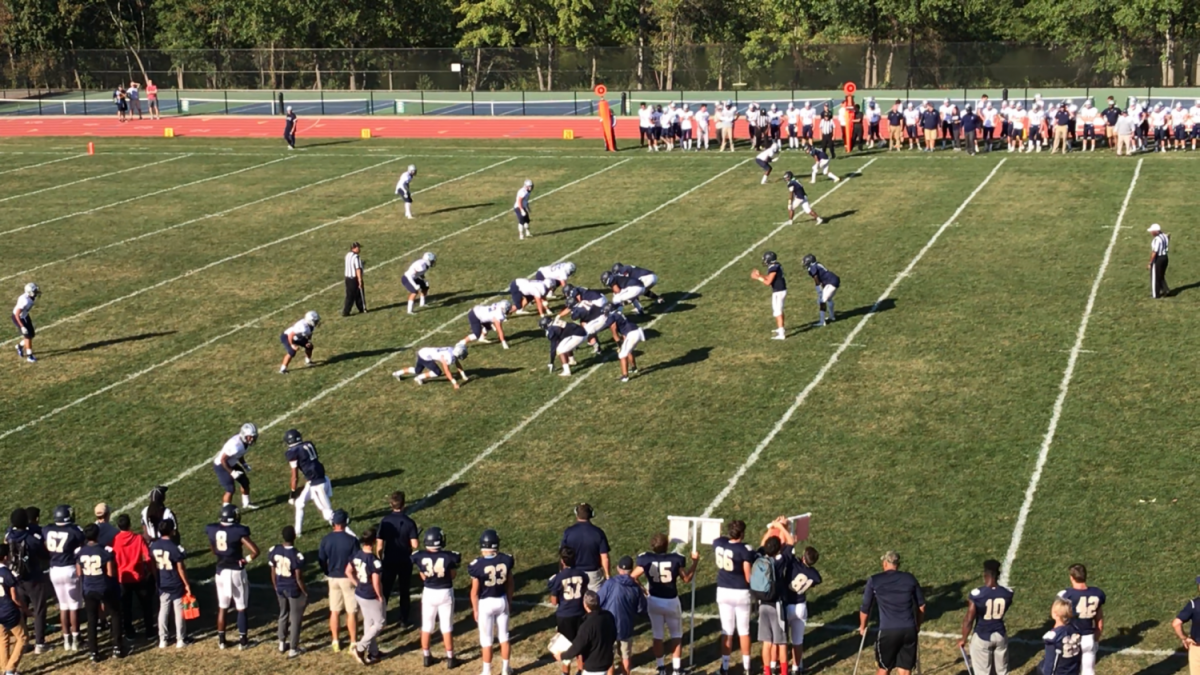 The Peddie football team faced off against Malvern Prep in an intense Friday night match-up at home on September 29. What started as a potential blowout for Peddie ended up coming down to a muffed punt at the end of the game. The Falcons led 36-15 in the third quarter, but Malvern successfully tied the game late in the 4th quarter. After a three and out by the Peddie offense, they were forced to punt; yet this lead to a Malvern fumble and a Peddie recovery deep in Malvern territory. Peddie’s offense finally converted on third down for the game winning touchdown. After Christos Katsifis scored the extra point, the score was 43-36 in Peddie’s favor with 15 seconds left.

Senior Tessema Haskins ‘18, a safety on the football team, observed that the team played like “we had a chip on our shoulder. We were upset that we blew the lead and wanted a win.” The team did just that.

New sophomore, Chris Mayo ’20, also reflected on the game, saying that, “it was a very intense game and really down to the wire. I’m very glad that we were able to stick with it and not hang our heads. Great all around win.” His opinion echoes that of the team.

Assistant coach Austin Frank hinted that although it was not necessarily the planned path of victory, the team played a very tough game and overall played very well. It was a very admirable performance to stick it out and get the result that they wanted as a team, noted Frank.

Since their loss against Gonzaga, the team has been on an unstoppable run, winning the two games prior to this victory against Malvern by double-digit points. While this win was rather close, the game was in Peddie’s favor for a substantial portion of time. Falcon fans hope this win will serve to propel Peddie’s football program to further success.