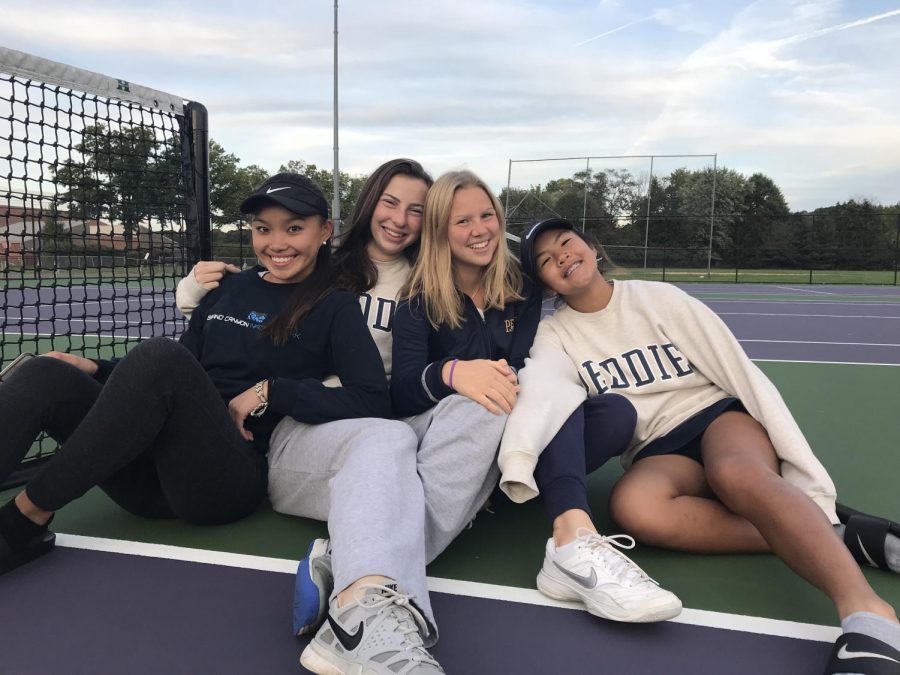 The Peddie girls varsity tennis team is in the middle of a successful season. After winning their first eight games, this year’s players held the longest winning streak of all Peddie varsity and JV teams this year. At their recent county tournament, the team landed fourth overall, while they placed eleventh last year. This was the highest the team has placed since they began competing in the tournament in 2012. In addition, this year’s first doubles team, Jessica Cheng’20 and Anna Möller’20, won the consolation bracket. Moreover, the second Peddie doubles team Madeline Mitsch’19 and Brooke Perlman’ 19 won third place.

When asked how the Peddie girls varsity tennis team was able to improve so rapidly, team captain Mitsch said the secret was in the time spent bonding. “The team chemistry is really good. We did a ton of bondings that we didn’t used to do, [and] we just hung out more outside of the sport,” Mitsch said. “We are super encouraging when we are watching each other and cheering each other on. In all four years, it’s the closest team that we’ve had.” Emme Pham ‘22 agreed, recalling that her favorite team bonding activity was when they painted each other’s nails blue and gold.

Another factor in the tennis team’s success was the team’s four new members, Möller, Pham, Bateman Solms ’20, and Kathryn Fang ’21. These four players have taken the team’s first, second, fourth, and swing spots, even though neither Pham nor Möller had ever played on a team prior to Peddie. Mitsch noted that all the players on the team spent a significant amount of time practicing over the summer to improve. Looking ahead, the Peddie girls varsity tennis team hopes to continue their improvement and finish out a strong 2018 season.