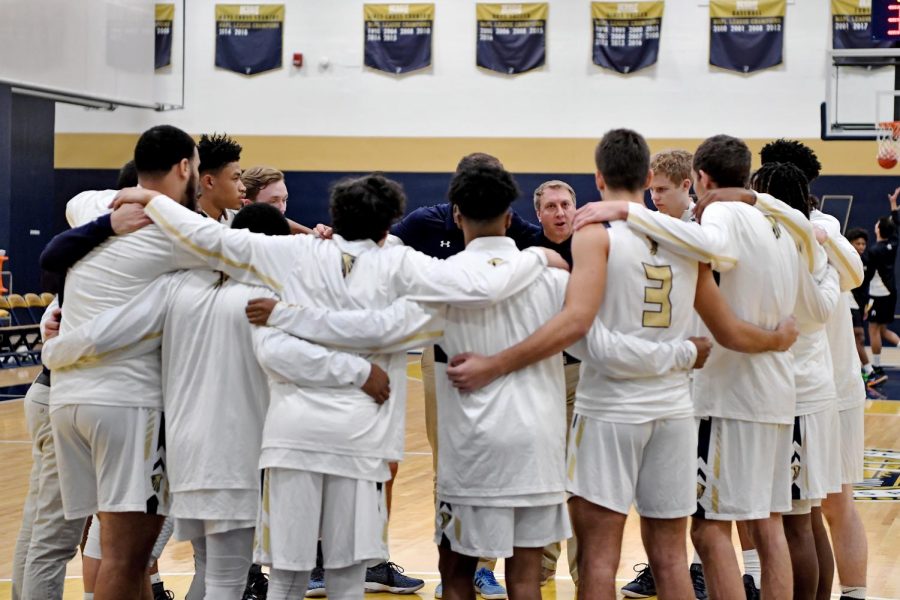 Winter term marks the official start of basketball season, Prior to winter break, the varsity girls and boys teams jump into a full schedule leading to a tournament that gets the whole school excited. Friday, Dec. 7 marks the first night of the PSITs, and there is expected to be great energy from the bleachers, with an all school ‘’white-out.” Sarah Diluzio ’19, and Gabe Millstein ’19 gave some insight into how the start of the season has been for their teams, and what they expect from upcoming games and tournaments.

Sarah: We had two away scrimmages to start of the season. We were against opponents that we were pretty confident in winning against, and it was good because we got to give the younger girls on the team experience for playing in a game. For most of them it was their first time. Then we had our tournament where we played tougher opponents. We got to see how hard we would play ‘til the end of each game, and how much our offense has improved.

Gabe: We definitely got off to a really fast start after one week of practice we had a scrimmage in Maryland before Winter break. That scrimmage paired with another one when we got back to school from break against PDS. This prepared us for our first game this past Saturday against Saint James. We started out pretty slow and didn’t execute well on both sides of the ball, but after an inspiring half-time talk, we made a couple changes and ran away with a blowout win.

How has the start of the season been for your team?

Sarah: The start of the season has been a little challenging, since we had several players injured. With that, it was difficult, and we had a lot of new people that had just started playing. We have also been playing pretty tough opponents early on, but we feel confident in how much we are going to progress throughout the season.

Gabe: We have a really, really close team and that is pretty evident with the way that we play together on the floor and hang out off the floor. We have really started to act on our motto of being relentless and playing for each other, which is really important to be successful.

How do you think the rest of the season will go for your team?

Sarah: I think now, as we’re getting into tournament play, we’re just gonna learn a lot on what we need to improve on and what we are best at. We get to play the MAPL [tournament,] in which we will see how well we are compared to other teams. Last year we did very well we were finalists. And then we will try to go to States and we will see how that goes.

Does your team have any pre-game traditions, such as a chant or ritual?

Gabe: Around the 5-min mark of warm-ups we huddle up with the coaches, and we have a culture check. We talk about the way that we play, combined with the atmosphere, and the final touches of what needs to be done to walk out with a victory. Summing it all up, we remind ourselves that it is about the team first so we bring it in and we go out with a “together.”