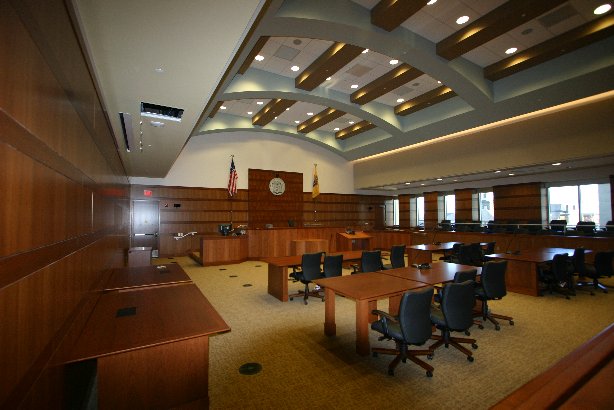 Mock Trial competitions simulate the court environment of the American judicial system, with teams acting as the plaintiffs or defendants for either a criminal or civil case. Peddie’s ten-person team has two attorneys and three witnesses per side, as well as understudies for every role. They have been preparing weekly since October, grilling each other on the facts for this year’s case, which concerns the plaintiff witness being injured on a roller coaster ride.

At the competition, Peddie’s team secured victories in the first two rounds. However, during the semi-finals, Peddie students struggled to gain a foothold.

“[The opposing side] had every single minor detail, rule, and stipulation memorized, which prevented us from presenting certain evidence…I would still call it a victory at heart because we won certain parts such as the opening [statements]” said Michael Palumbo ’22.

In the end, Peddie lost in the semi-finals by a small margin. Palumbo believes the team performed well overall, citing the earlier wins.

The experience impacted many of the students, especially freshmen new to the team.

“I felt that this was a fun learning experience, and [it] made me feel like I was really being a part of our American judicial system.” said Palumbo, who played one of the witnesses for the defense .

His sentiments were echoed by Louis Layman ’22, one of the attorneys for the plaintiff . “My biggest takeaway was definitely how procedural and difficult trials can be, [and] just how many rules and specifics go into play” said Layman.