Destruction of the Masland Room 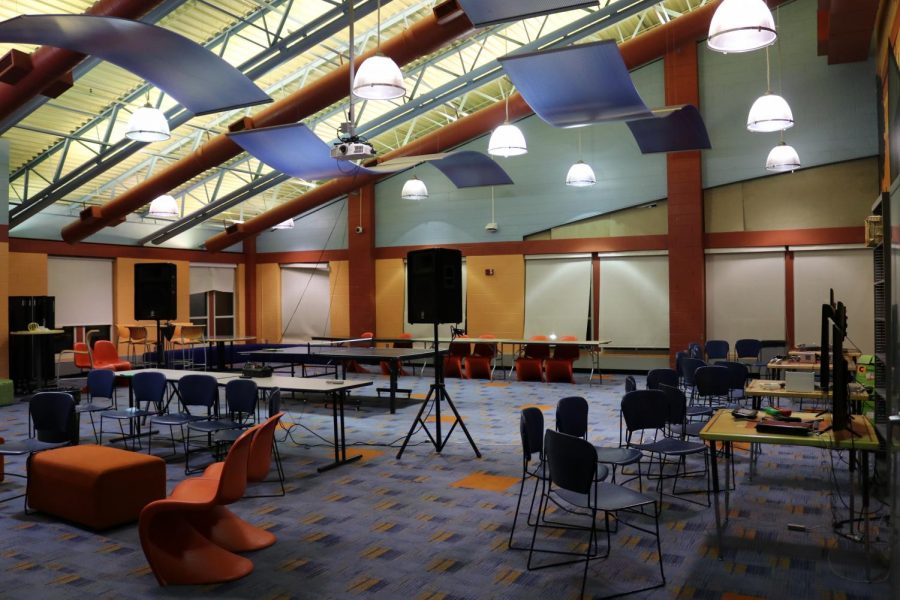 The Masland room was in such a state of disarray following a Friday night showing of Ralph Breaks the Internet: Wreck-It Ralph 2 that it had to be closed for the remainder of the weekend. “The floor was scattered with popcorn, Nerds, and many other sweets,” said Director of Residential Life Sarah Venanzi. Approximately fifty students gathered for the Sept. 27 movie night, arranged for the night before a no-class Saturday. According to Venanzi, she and Director of Community Life Michael Agosto “had bought around 300 boxes of candy for the event. However, some students just walked into the room, took the boxes of candy, and left. Others were having fights with the Nerds, and many left their trash in the room, not cleaning up for themselves,” Venanzi said.

The school was planning to have another movie night the next day, but Venanzi and Agosto decided to cancel it because they were not “going to set up for another mass destruction of the room, and the room itself needed extensive cleaning up after all the mess was created,” said Venanzi. Although there was no sign-up list for Friday night, Venanzi would be able to identify who was responsible for the state of the room by rewatching the three hour security footage from Director of Security Paul Miller. Venanzi has decided not to pursue this avenue, however.

Instead, Venanzi sent out an email to the entire school the next morning, stating, “Peddie Falcons, at the next opportunity for an event like this, let’s do better. Faculty should not have to monitor your every move and ask you to pick up after yourselves. Many of our weekend activities operate on the good faith that the character with which you conduct yourselves without the watchful eyes of a faculty member is the same as if we were in the room.” She encouraged the community to take better care of campus by being responsible and mature. Steven Song ’22, who took part in the event, claims that “it is unfair how the actions of a few irresponsible individuals [caused] the event to be cancelled for everybody for the next day, because I was waiting for the next day’s movie night as well.” Song hopes that “in the future, students can be more responsible for themselves, so cancellations of this sort don’t happen again,” Song said.