Blair Week- Through the Eyes of Freshmen 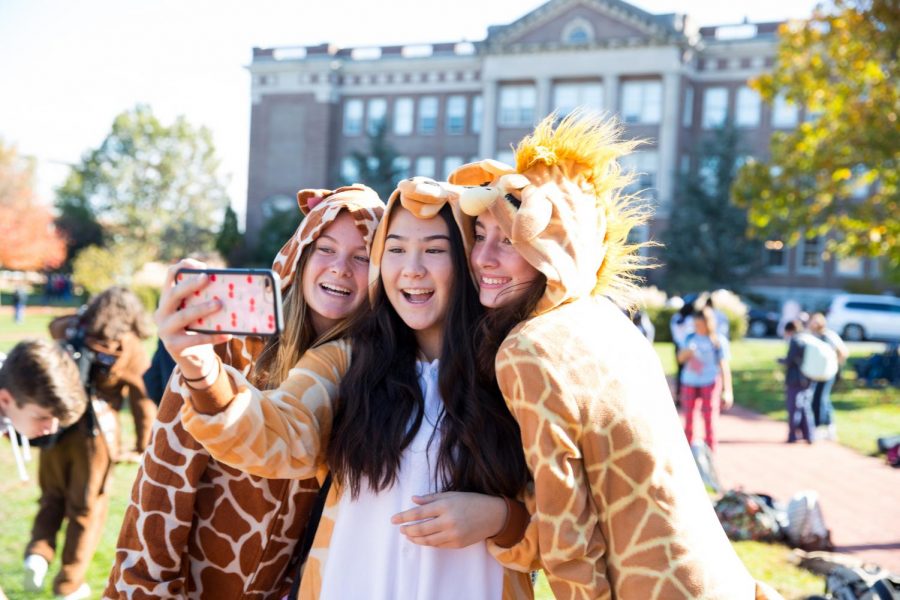 Upon arriving at Peddie, freshmen are thrust into a 155-year-old rivalry, the excitement of which builds to a week of festivities culminating in Blair Day. “I admit going in, I didn’t know what all the hype was about,” says Shruthika Padhy ‘23. “But now I understand a lot more, just having been a part of it.”

One of the first things that made students feel involved was the posters . Banners covered the floors of the dorm lounge, as friends and neighbors painted side by side.  Freshmen witnessed the community come together to paint their dorm banners, rather than to watch TV.

Next came the dress-up days, and the associated shopping. “Even though my parents didn’t allow me to buy so much stuff and it was really expensive, I think it was worth it because of the spirit and how much fun we had just dressing up, and the whole mood around campus was really fun,” said Cadence Li ‘23.While some freshmen consistently wore hoodies and sweatpants, many went above and beyond with their costumes.

“You should definitely dress up more,” said Brandon Knox ‘23, a member of the JV football team. “I didn’t think it would be important but it was. I’m not much of a dressing up type of person but it was fun.” When asked to give a word of advice for next year’s freshman about Blair Day and spirit week, Catherine Zhang ‘23 and Padhy both answered, “Dress up!”

Freshmen were also fully involved in the annual photo shoots, as the chapel and the courtyard became photobooths for all; students posted pictures with friends, using the hashtag #nomoreties or captioning quotes from the Ala Viva chant. Some young falcons even trolled Blair’s Instagram posts.

When Blair Day finally came around on the first Saturday of November, the freshmen were enthusiastic to participate. “I definitely anticipated all the screaming and cheering, so I was ready for that,” said Zhang. As the games took place, freshmen–who are required to participate in fall sports–experienced the pressure and adrenaline of their first Blair Day matches.. “I felt really good after [the JV football game], because on the football team… a couple kids [and I] started working out pretty hard couple weeks before Blair Day specifically for it and it was fun to see that it helped us,” said Knox. Knox also advises incoming freshmen to “focus harder in the fall season for [their] sports because Blair Day is one of the most important games, and winning it is amazing.”

As the score  fluctuated, both Peddie students felt the tension. When the day ended in a tie, some freshmen were disappointed, having believed Peddie would win. After her first Blair Day came to a close, Zhang noted that Peddie students should not  “underestimate Blair.”

Nevertheless, freshmen noted that team spirit was the unifying factor of the day. “It was just a really good way to get integrated into Peddie,” said Padhy. Besides winning all her matches, Zhang said she “had a really fun time cheering for [her] friends.”