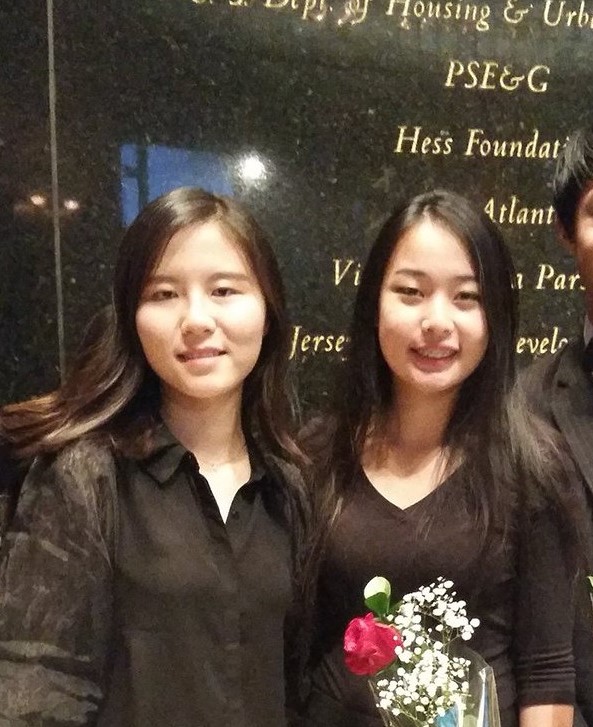 Mia Huang ‘20 and Binglun Shao ‘18  recently joined the Peddie orchestra on Zoom for a Q&A. Huang, now a freshman at Northwestern University, and Shao, now a junior at Princeton University, were both violinists and Concertmasters of the orchestra during their time at Peddie.

Peddie’s academics are rigorous enough; music students must learn to use time efficiently and balance practicing on top of everything else. As a day student at Peddie, Huang had to complete all her academic work during the week so that she could focus on violin over the weekend, noting it was “grueling balancing both [academics and music] because they never really intertwined”.

Both Huang and Shao recalled how their experience as Concertmaster helped further their involvement with music. Shao took the opportunity to speak about the responsibility that came with the title of Concertmaster. She explained that because she became Concertmaster so early in her Sophomore year, she “really didn’t think of [herself] as a leader consciously”, but rather she saw her position as an opportunity to help the section come together.

Huang became Concertmaster in her Junior year, right after Shao graduated. She shared that what made her musical journey at Peddie so much deeper was her stand partner, Uma Mani ‘20. “Uma’s my best friend. … playing with Uma, I’ve learned a lot of self-awareness. She will not hesitate to call me out on things that I forget […] I learned about being aware of my own playing in terms of technique and shouldering the section around me.”

A large portion of the Q&A was dedicated to talking about college applications and transitioning to music in college. Huang shared her own experience and advised that students should consider signing up for music camps over the summer, saying “before doing the Arts Signature Experience I didn’t even know if I was going to go into music and all my friends … were going to do EXP. I was really worried that [studying music over the summer] was going to affect my college admissions… but my view changed drastically when I got there”. She describes the music camp Tanglewood as “intense” and “conservatory style,” and noted how it deepened her love for music.

Both believe that playing music in college is definitely more challenging than music at Peddie due to the increased difficulty of collegiate level music and the academic workload. But for Huang, “because I’m in a dual degree program, they really make sure [I] get both pieces, academic and musical.” She added that throughout the week there are music performances for students to showcase their improvement and prove that they are keeping up with the rigorous program. She concludes “it’s a lot easier [balancing music and academics at college because they’re more intertwined]; I just need to practice a lot more.” Shao adds that in contrast to Peddie, where she could dedicate hours at a time to just practicing, she has to be far more conscious about how she spends her time in college, noting the how difficult it is for her decide to spend time walking all the way to the campus practice rooms, then spend an hour focusing on practicing, while having a myriad of projects and assignments due. Nevertheless, she described joining the orchestra at Princeton as “an amazing experience.” She maintained that while at first she was overwhelmed and intimidated by the other musicians at Princeton, she slowly gained her confidence and realized that Peddie had adequately prepared her for playing music in college.