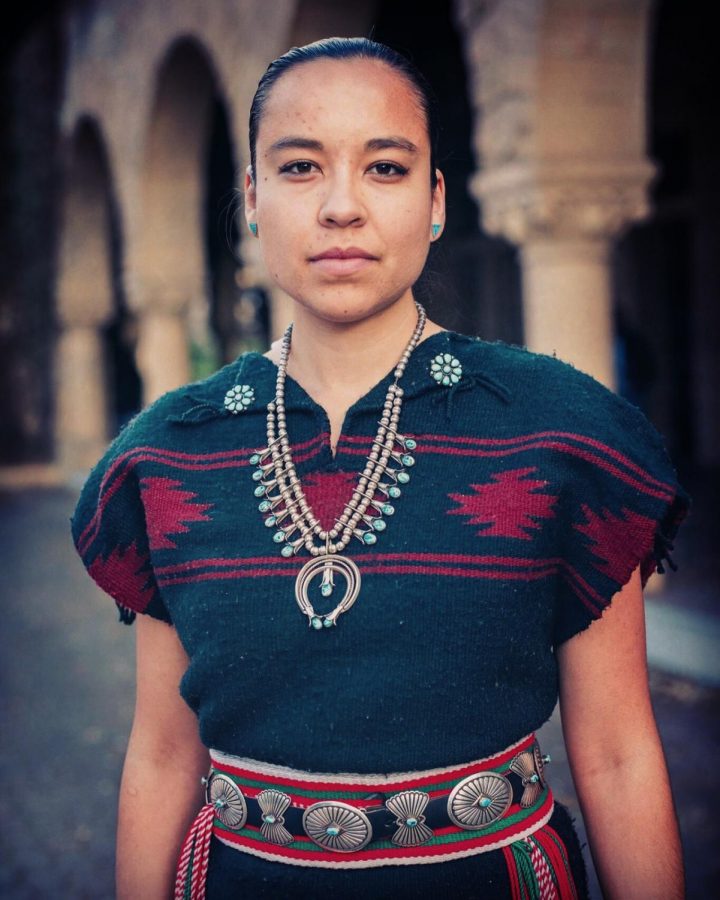 Immediately touched by Lyla June’s keynote speech at the National Association of Independent School’s Student Diversity Leadership Conference in December, Peddie students attending the conference “… suggested we try to bring Lyla to Peddie to speak in Chapel,” said Ms. Rogers, the director of diversity, equity and inclusion at Peddie. “I’m always eager to bring in speakers that students are excited about and who they feel will benefit our community.”

Lyla June’s speech revolved around her quote, “Humanity and the Earth are not separate. If we want to protect the Earth, we need to protect the people.” In this case, the Indigenous people of Turtle Island (the current landmass of the United States, Canada, and Mexico) hold the key to coexisting harmoniously with nature. For thousands of years, Indigenous people in these areas have not only coincided with nature but become an essential part of it. One of the examples presented by June was the Heiltsuk Nation’s planting of kelp forests. These kelp forests keep the surrounding ecosystem habitable for the animals by providing both food and resources to the biodiversity in the area.

Reflecting on Lyla June’s speech, Catherine Zhang ’23 said, “When she talked about how we must protect the people to protect the land, it hit me that there is still hope for this world …[Protecting] the Indigenous people [is important] because they are some of the only people who know how to preserve the Earth.” Faith Szarvas ’23 was also inspired by the speech, saying, “the most important part [of the speech] was the emphasis on taking care of the planet … [especially] the quote ‘human beings were meant to be medicine for the Earth’… The Earth cannot clean and nourish itself, [and] we need to take action.”

The grounding effect of June’s speech was not exclusive to students, but faculty as well. Ms. Rogers stated, “Lyla’s messages around Indigenous sovereignty and stewardship are incredibly important for us to hear because America was not ‘discovered’– Indigenous people lived on this land and cultivated it. With the environmental crisis our planet is in, it is important to restore agency and autonomy to Indigenous communities, who knew how to care for this land long before it was colonized …” According to Ms. Rogers, students should “learn and acknowledge” the history of the Indigenous people, despite the level of discomfort they might feel.

Peddie’s mission and values webpage, also reiterates Lyla June’s message, saying, “we all have responsibilities toward one another and strive to build a community in which we can all grow together.” Ms. Rogers added, “Our liberation is intertwined, so without the understanding of how one or some actions impact others, we fail to truly take care of humanity, and therefore the land.”

Praises by students flooded the conversations after the online event. Catherine j’23 raved, “I loved her performance! Her singing was beautiful, and I loved how important the message was. I hope to see Lyla June again because I think that she is a very inspirational speaker.” Leaving the Peddie community in awe, Lyla June harbors the same excitement for the school, saying, “This is the start of a growing partnership.”